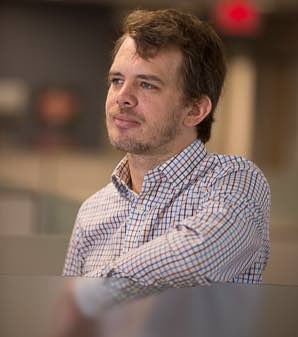 I am an Assistant Professor of Marketing at the Wharton School of the University of Pennsylvania, where I'm also affiliated with the Wharton Neuroscience Initiative.

As a computational cognitive scientist, I am interested in the processes underlying human judgment and decision making, and applying our knowledge of such processes to problems in marketing and public policy. I use a combination of behavioral experiments and formal modeling, drawing on ideas and techniques from psychology, economics, marketing, Bayesian statistics, and computer science.

Previously, I was a Ph.D. student in the Brain and Cognitive Sciences Department at MIT, where I was co-advised by Drazen Prelec and Josh Tenenbaum. Outside of the BCS Department, I spent about half my time with the Sloan marketing group.

If you're in Philadelphia, and interested in judgment and decision making, computational models thereof or applications thereof, please feel free to get in touch - I'm happy to chat!

Crowds, and their wisdom

Individuals, and their curiousities

The other half of my research deals with how people formulate judgments and make decisions:

I have written some mathematics papers: